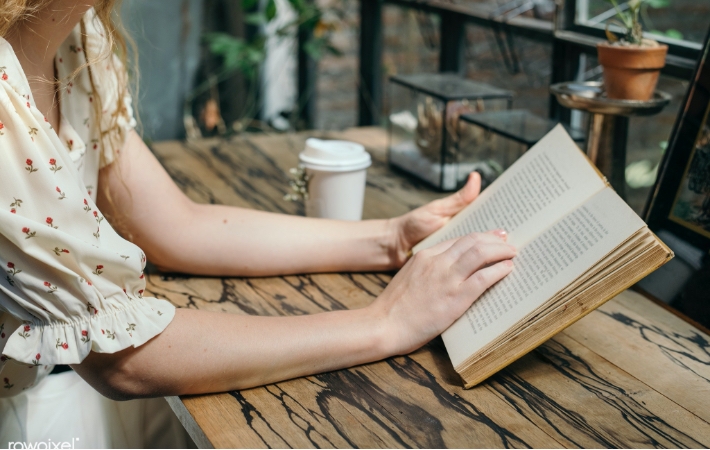 Behind the scenes of How to Survive a Scandal

What was the inspiration for the story?

I wanted to write a Christmas short story that I could self-publish, so I just started freewriting a scene with no planning at all. I had this scene where Benedict stumbles across a carriage and there was a girl inside. Then I thought ‘what if he knows her?’ ‘what if he knows her and doesn’t like her?’ In that original draft of the scene, Benedict was Scottish and an aristocrat. Then I wrote the part where they’re caught together and I thought, ‘what could make this worse for Amelia?’ that’s when I realised Benedict was a commoner and not part of the ton. From there, I worked out what I wanted the theme of the book to be and built the characters around that.

After that, it was a lot of brainstorming with my writing friends. I’m a sort of plotser. I like to think I know where I’m going, but often the story takes me in a whole other direction, and that’s okay!

What is the key theme and/or message in the book?

What’s become important to me in my 30s is personal growth. Amelia is a young girl who has never really questioned the attitudes presumptions of society as anything other than fact. The events of this novel force her smack bang into her own ignorance and prejudices.

We all have our own prejudices. How to Survive a Scandal isn’t about any one kind in particular. It can be challenging to have these pointed out and it’s hard work to overcome them. Sometimes we do well at it and other times we fall back a little.

What do you hope your readers take away from this book?

That it’s okay to be wrong, as long as you can admit it and make steps to change. None of us is perfect and if we’re too scared to examine our thoughts and behaviours because we don’t want to feel the sense of shame at being wrong, then we’ll never develop as people.

What was the biggest challenge writing this book?

Learning how to write a book! Honestly. It took me three years to go from first word to ready to submit to an agent and in that time I took a lot of courses and went to a lot of workshops. I entered the story into plenty of Romance Writers of Australia courses and incorporated their feedback into the book.

Amelia was probably the biggest challenge. In my early drafts, she was even more snarky than she is now. The inspiration for her was a guy called Chad on season 12 of The Bachelorette. He said the most awful things, but he was so freaking funny that I couldn’t help but like him.

I loved Amelia and her acidic humor, but judges in competitions HATED her. I had to put a lot of work in to make her more relatable so that people wanted to read her story. I knew that she would grow into someone that readers would love, but I had to get her to a point where readers would give her a chance!

If you had to describe the characters in three words, what would those three words be?

How much research did you do while you were writing?

Research can be such a rabbit hole. You search for the answer to one question and that sets off a dozen other things to research. I learned early on that if I actually wanted to get words written, I needed to write all my research questions down and look up the information later. When it came time to do my second draft, there was a lot of “insert kind of food here”.

What was the coolest thing you found out when you were researching?

That you could stop a steam train with a penny! The trains are so heavy and it takes a lot of energy to get them moving, so if there’s a penny wedged between the front wheel and the track, it can provide too much resistance for the train to overcome—but if you put a penny in front of a moving train, it’ll be flattened.

Did you enjoy learning about steam engines?

I’m an ex-science teacher, so I actually found it fascinating. When I was at a second-hand book fair, I found an old, old book about steam engine design. It felt like fate. I had to get my husband (he’s an engineer) to help me understand some of it and then I had to force myself not to put every bit of that research into the book.

If your book was to be made into a movie, who are the celebrities that would star in it?

From the moment she popped into my head, Fiona was Rose Leslie. I was watching A LOT of Game of Thrones at the time. Edward was harder to pin down. I’ve still never found the perfect inspiration picture of him. He’s pretty—he has Zac Efron’s eyes—but I haven’t seen anyone who has perfectly encapsulated the duke.

What happens between Benedict and his grandfather? Do they ever work things out?

Benedict takes his responsibilities very seriously, so he’s going to have a relationship with his grandfather so that he can learn what he needs to in order to fulfil his role in society. Over time, he’ll learn to forgive. He won’t forget and they’re never going to be close, but he’ll be able to let go of his anger. Holding on to that kind of negative emotion makes it hard to be truly happy.

Will there be a sequel?

Yes! Kind of. You’ll see Amelia again in Fiona and Wilde’s story—How to Deceive a Duke, which will be out in January 2022! And they will likely make an appearance in John’s story, which will be later that year. 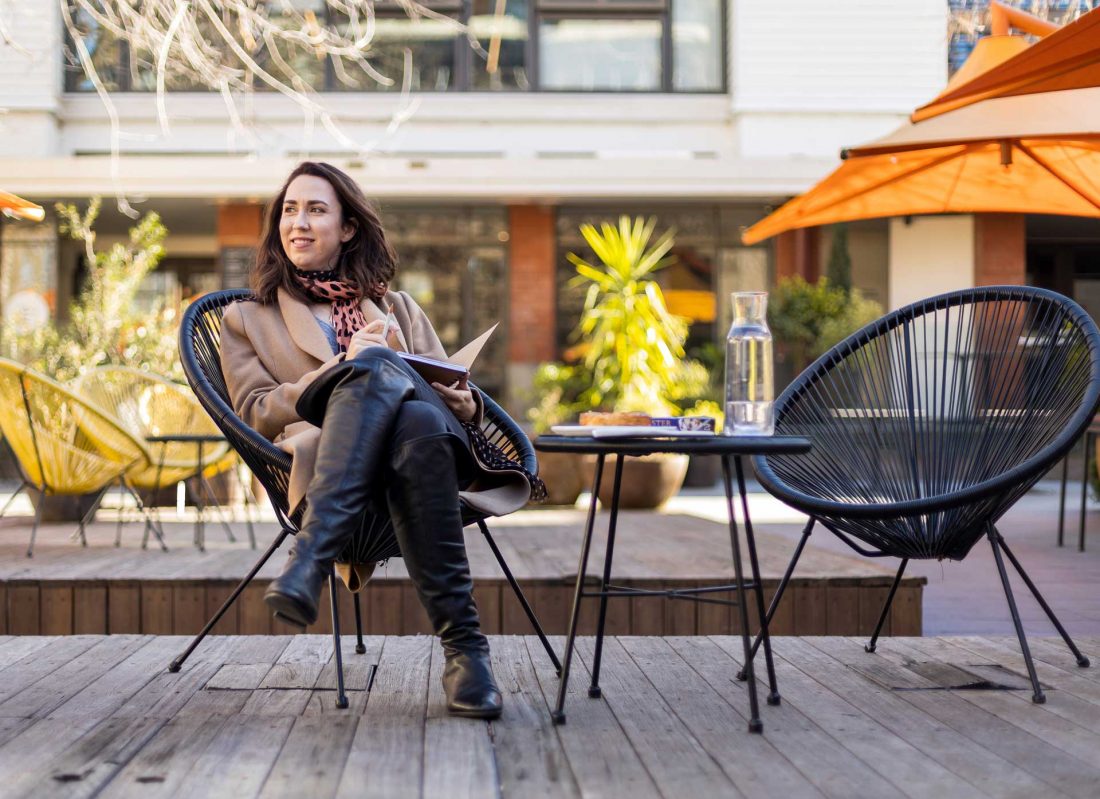 10 questions about my writing process

1. What inspired you to start writing?

I was an army brat, which meant every two years my family packed up our things and moved cities. This was well before the internet, and I was never a good letter writer. The only people that were constant in my life were my family and the characters in the books that I took with me move after move. It’s not surprising that I escaped into story as a kid and that I would start creating my own.

2. What comes first, the plot or characters?

The characters. They tell me what the plot is—although I don’t always agree with them! Trust me, there’s nothing more frustrating than having a hero and a heroine who refuse to kiss. Technically Benedict came first. The rescue scene was the first one to come to me. It was Amelia’s character that struck me hardest though. She drove the whole book.

3. How do you handle writer’s block?

With lots of chocolate. Kidding. I don’t need an excuse to eat chocolate. I usually need to talk to someone. There’s something about verbalizing the problem that helps me solve it. Sometimes the block is bad though. I had a block with How to Deceive a Duke that lasted a whole year. I ended up talking with a writing coach who asked me a lot of questions until we identified what the block was. After that phone call, the words just came!

I can write almost anywhere. My books have been written in my day-job lunch room, on my couch in front of the television, at coffee shops. I think it’s because I used to teach in a high school, so I’m used to working in lots of different spaces. I do have a desk in front of a window, though, looking out onto our backyard.

5. What time of the day do you usually write?

Lunchtime is my best writing time during the week. I’m not good at mornings, so can’t do anything before work. By lunchtime, I’ve ticked off a gazillion things from my to-do list and am feeling accomplished. I go for a 30-min walk and then sit down and write for 45 mins. Generally, I have a burst of guilt-driven writing at about 9pm as well, for 20-30 minutes before it’s screens-off time.

6. Is there lots to do before you drive in and start writing the story?

I do a lot of thinking. I write notes about my characters’ backstories and brainstorm scene ideas. Then I write what I can see. Sometimes what I can see is in order—like driving on a highway and being about to see as far as the headlights show (not my metaphor). Other times, I can see these scenes that happen further down the book and I write those. Then I have to go back in a structural edit and make them all feel like a coherent story.

7. How do you do research for your books?

Ugh. I’m not supposed to say this, because I write historical romance, and I’m supposed to love the history bit, but I don’t really enjoy the research. It can take a lot of time; it’s not always easy and it tends to take me out of the story. So, I write notes for each scene saying “research X” and leave it until after my structural edit. Then I go learn all of it at once and put in into the scenes.

Lots. I’d love to be someone whose first draft is fantastic and they don’t need to touch it again, but that’s not me. My first draft is just getting the story down. A lot of those scenes only have dialogue or have all these lines that just say “Insert description here.” Then I do a structural edit, where I make sure that every scene has a purpose, there a no plot holes, there are no disappearing characters etc. For How to Survive a Scandal I had to delete 30 scenes. 30! If you sign up to my newsletter, I’ll send you a couple 

After the structural edit is a front-to-back edit where I make sure it all flows. This is where it starts look read like an actual book. At this point, I’m still not worrying about how ‘polished’ the writing is. It’s still full of cliches. Then I do my research edit, where I add all the bits and pieces that I’ve learned and then I go through and make it pretty.

And then it goes to my agent, who gives me feedback, which I action. And then it goes to my editor, where it goes through at least 3 rounds of edits before a copyedit and then a proofread. So it’s a long, thorough process. I’m so grateful to all the people that help during this process—my critique partners, my agent, my editors. It really is a team effort to get it to publication day.

Getting the email from my agent that Forever wanted to publish How to Survive a Scandal was a pretty incredible moment. We’re on opposite sides of the world, so she couldn’t call me. We were out on submission, so I was checking my emails every day even before getting out of bed. I didn’t even finish reading the email before I called my writing friends. Their first comment was “Can you finish reading the damn email?”

10. Is writing your full-time career?

It’s not. I work full-time in communications and marketing and write around work. I’m not sure if I’d ever want to give up the day job. For one, I like money and I like knowing how much my paycheque is going to be every week. Publishing is somewhat less reliable. I also think that I would get pretty lonely. I have great writing friends, but we don’t live in the same city. I need the face-to-face connection that comes with going into the office every day. Otherwise, it’s just me, my husband and my animals, and while I love them a lot, I need other people too