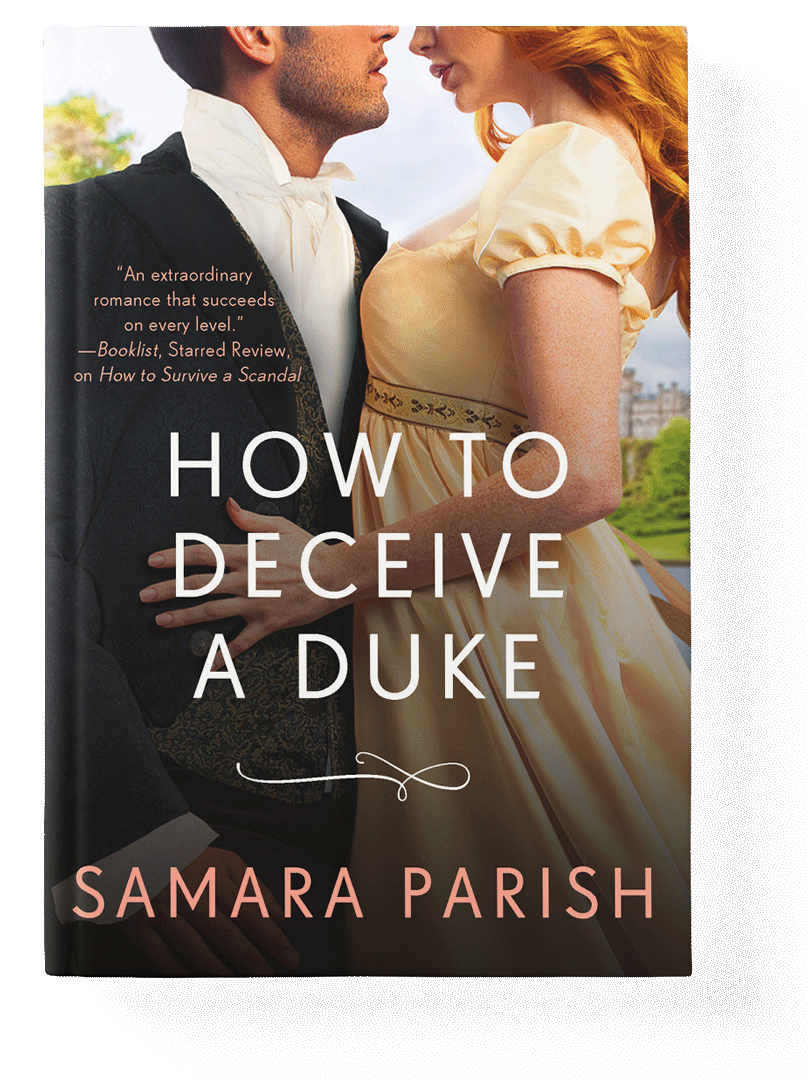 Fiona McTavish is an engineer, a chemist, a rebel—and no one’s idea of a proper lady. She prefers breeches to ballrooms, but her new invention—matches—will surely turn as many heads. There’s just a little matter of her being arrested for a crime she didn’t commit. And the only person she can turn to for help is the man who broke her heart years ago.

Edward Stirling, Duke of Wildeforde, will do anything to restore his family’s name and put his father’s scandalous death behind them. But when Fiona needs his help getting released from prison, he can’t deny her—even though it means she must live with him as a condition of her freedom. With the desire between them rekindling as fast as the gossip about their arrangement is spreading among the ton, Edward will have to choose what matters most to him—his reputation or his heart.

Rebels With a Cause, Book 2

Sitting on the cold stone, the hard metal bars of the prison cell pressing against her head, Fiona inhaled in and out with shallow breaths trying not to notice the smell of vomit or give any sign that she was not exactly who she was pretending to be—Finley McTavish, country lad.

She’d lost her cap in the chaos of the protest as well as her right shoe. But somehow, despite being roughly shoved into a wagon with fifteen men, her wig had remained in place and the binding around her breasts hadn’t shifted. The thin layer of coal dust she’d put on her jaw that morning to give a hint of stubble was now covered in mud and a constable’s spit. She supposed the dried blood that ran in a trail from her hairline across her brow and into her eyes probably helped with the disguise.

“Ye mongrels,” a man standing next to her yelled, banging on the bars and causing reverberations to travel through her skull and into her teeth. They had been in the cell for three hours, and her headache, which had started with an elbow to the temple before the authorities had even shown up, was intensifying with every minute.

Three feet away from her, another cellmate turned to face the wall, reached into his trousers, and pulled out his cock, a steady stream of urine hitting the bricks and splashing. As disgusting as the sight of a wrinkled, limp member was, it was nothing compared to the sudden urge to pee let loose by the sound of the trickle.

Fiona pulled her knees into her chest, drawing herself in tightly. Even if she was inclined to piss in public, which she would never do, there was no way of doing it without revealing herself as a woman. That was neither smart nor safe.

Neither of the trusted friends whom she would normally turn to were in any position to help her.

Benedict was in Abingdale with his very pregnant wife.

John was in the Americas.

Talking to the jailers had accomplished nothing. All she could do was hope she was dragged in front of a magistrate soon, so she could convince him that while she had attended the protest against the current inequalities in the parliamentary system and the lack of fair representation, she’d had no involvement in the rotten fruit being thrown at Palace of Westminster guards. The tomato she’d thrown had been directed at someone else entirely. It was bad luck that her elbow had been knocked at just the wrong time.

And she had to hope she appeared credible enough to be released, because she had a meeting with the patent office in roughly eighteen hours. Years of work developing a tool that could change society was being held up by some clerk and his tangle of impenetrable paperwork.

It had taken two months to get this appointment and there was no guarantee she’d be able to get another soon.

She silently cursed herself for being fool enough to go to New Palace Yard. But when she’d heard exactly who was leading today’s protest, who would be speaking at it, she’d been unable to stop herself.

Charles Tucker had been responsible for inciting the riot in her village last year. He was responsible for that, and the boiler explosion, and the death of her friend. The bastard had cleared out before the watch arrived and avoided any form of consequence for the damage he’d done.

So she’d thrown a blasted vegetable, and here she was while he, presumably, was free. Yet another example of how iniquitous the world was.

She shook her head, trying to put aside the anger and concentrate on what mattered—the single focus of her past five years. The plan that got her up each morning and kept the fire inside her burning late into the night as she worked. She was going to change the world—shift the scales of disparity just a smidgen—and in the process, earn enough money to buy herself some independence. To purchase a home that no man could take from her. To earn a living that relied on nothing but her own hard work.

She would never again find herself without fire, food, and shelter because a man had let her down.

It was the thought of her matches—an invention that would make fire accessible to all—that filled her with a stubborn determination that settled in her stomach and straightened her spine. She’d come to London with the express purpose of finding a distributor for her matches. She needed to be in her laboratory, not in a cell.

Andrew, the sixteen-year-old footman she’d brought with her from Abingdale, had tagged along to the protest. He’d seemed like the best choice when leaving their small country village. She needed an escort around London—as ridiculous as that societal expectation was—and the wide-eyed country boy would not protest her choices. She had all the semblance of an escort without any of the hassle an actual chaperone might pose.

But now her freedom hinged on the scrawny lad’s ability to get out of the riot and send word to Ben that she’d been arrested. Surely, he’d manage that. He was innocent, not daft.

It would take three days to reach Abingdale to deliver the message and three days back. Worst case scenario, she’d be looking at seven days in prison.

She shivered. There was no way she was getting through seven days in here without revealing her sex to the rest of the inmates, and this was no place for a woman. It would be a gamble to even trust the guards.

The cold from the stone floor began to seep past the thick fabric of her coat and breeches. As the temperature dropped, her heartbeat quickened the way it always did when she got cold. She fell into deep steady breathing to ward off the shivers and began her usual mantra.

She was in Old Bailey, for goodness’ sakes. They wouldn’t let anyone freeze to death in here, would they? Next to her, her cellmate shifted. The sound of piss on bricks trickled off. The smell didn’t.